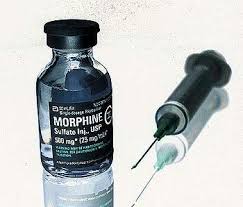 The world is focused once again on the NFL, after a DEA investigation into the possible illegal use of prescription painkillers in the sport, as first reported Sunday by Sally Jenkins and Rick Maese of the Washington Post.

The issue centers on how such drugs are used and dispensed within pro football. According to DEA regulations, controlled substances like narcotic painkillers, known as analgesics in the medical field, can only be monitored and prescribed by licensed medical personnel and only within states where the license applies.

Controlling the use and abuse of analgesics is not an isolated issue faced by the NFL. The problem is prevalent across sport and society. Alarmingly, the CDC reported deaths from prescription drug overdose had risen steadily through 2008 reaching the same level as deaths from vehicle accidents. Thankfully, the CDC reports this trend has slowed in recent years, but the issue remains present and acute.

To understand the issue better one needs to know what drugs we are talking about. Most of the concern is centered on narcotic opioid analgesics, substances that can be dangerous and addictive. These include morphine, heroin, codeine and their synthetic derivatives and analogs. Fentanyl, tramadol, meperidine (demerol), hydrocodone (vicodin), oxycodone are common examples of drugs in this category. Narcotic analgesics are to be distinguished from other drugs used to treat pain like muscle relaxers or non-steroidal anti-inflammatory drugs.

The World Anti-Doping Agency (WADA) Prohibited List governs international Olympic sport and is often used as a model by other sporting groups when considering what to ban. Some narcotic analgesics are on the WADA Prohibited List in the S7. Narcotics category, but not all the common ones mentioned above would be included.  The language for narcotics is shown below. 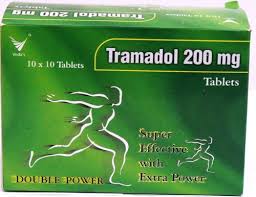 The language does not include the ‘similar chemical structure or similar biological effect’ language or the ‘including but not limited to’ language used in other categories to cover additional substances not listed. In the case of narcotics, the only substances not listed that are covered are fentanyl and its derivates. Codeine and derivatives like hydrocodone and tramadol are not covered by the WADA language. WADA prohibits the use of narcotics in-competition, but these agents are not tested for out of competition.

Interestingly, the language included on the WADA Prohibited List is different than that used by Olympic sport prior to WADA. In 2000, Olympic sport was still governed by the International Olympic Committee (IOC) and the rules in the Olympic Movement Anti-Doping Code. At the time, the narcotics section included ‘and related substances’ but a specific list of narcotic analgesics was permitted, as shown below.

The issue is different when one evaluates how narcotic analgesics are treated in professional sport leagues and college. We review the NFL, MLB and NCAA policies here. A review of how other sport groups might deal with these drugs is more difficult as drug-testing policy language is not always publicly available.

The NFL covers narcotic analgesics under its Policy and Program on Substances of Abuse. The policy says that, “Players shall be tested only for the following substances.” Narcotic analgesics are covered as follows: “Opiates (total morphine and codeine) ≥ 300 ng/mL, Opioids (e.g., hydrocodone, oxycodone) ≥ 300 ng/mL.” The language is somewhat vague but it should broadly cover narcotic analgesics depending a bit on how the testing provider interprets the listing of opioids (are only hydrocodone and oxycodone included or all opioids?). Looking at how the testing policy is applied in the NFL, one discovers that testing for drugs of abuse only occurs Pre Season, Pre-Employment, during an Intervention Program or by Agreement. During the season, when narcotic analgesics would be expected to be used, the drugs are not typically included in the drug-testing parameters.

In the MLB, narcotic analgesics are covered under Drugs of Abuse in Major League Baseball’s Joint Drug Prevention and Treatment Program. The MLB language describing the compounds covered is broader and more inclusive than WADA’s or the NFL’s and includes: “Opiates (e.g., Oxycodone, Heroin, Codeine, and Morphine),” “…and their analogs,” and “any and all drugs or substances included on Schedules I and II of the Code of Federal Regulations’ Schedule of Controlled Substances.” However, the application of the testing in the MLB is more restrictive as testing is only done for drugs of abuse in the case of reasonable cause or if a player is in a treatment program. No other testing for drugs of abuse is allowed.

In college sport narcotic analgesics are covered still differently in the NCAA Drug Testing Program. The 2014-2015 NCAA Banned Drugs list includes one opiate, heroin, under Street Drugs. The entire list is governed by language stating, “any substance that is chemically related to the class, even if it is not listed as an example, is also banned!” In the case of narcotic analgesics it is unclear if this would be interpreted narrowly to include only drugs chemically related to heroin or whether it would be interpreted more broadly to include opiates or opioids. This language leaves it vague as to the analgesics that are or are not approved. Use of banned substances can be allowed by medical exception, but “no medical exception review is available for substances in the class street drugs.” As for application, testing for street drugs, and any narcotic analgesics interpreted to be included, can occur year round for selected athletes.

It is fascinating to review the treatment of narcotic analgesics and see the lack of consistency between sport drug-testing programs as to the substances that are banned and the application of the testing. This is an example of the challenges faced when considering what to ban and how.

Perhaps the realization that significant differences exist in the treatment of narcotics will prompt a larger review of other categories of banned substances and the differences that exist across sport in the management of performance-enhancing drugs in general. After more than three decades of modern drug testing, we should be able to achieve greater consistency and clarity in drug-testing policy and the protections afforded therein to the sports and the athletes represented.